The second coming of  techie invaders in San Francisco is a story decades old. A milestone in this saga was the Google Bus fiasco symbolizing new money pushing out longtime locals and artists. Ten months ago I stitched together quotes from Disney movies that embellish this story.

Thoguh we still have a lot of social and legislative work to do in this city, I hope you’ll just enjoy this fictional startup-kid story for what it is:

Something is calling you to the West Coast. That one cool friend you kind of know from college insists you visit. So break your bank and book a flight.

Peter Pan: Come on
Wendy: B b but where are we going?
Peter Pan: To Neverland
Wendy: Neverland
Peter Pan: You’ll never grow up there

Falling in Love
One suitcase and a magic carpet ride later you’re here in SF. Your friend shows you a weekend of costume-themed street parties, boutique coffee and endless lounging in Dolores Park.  This city promises another decade of joyful youth you want.

Aladdin & Jasmine: A Whole New World
Aladdin: Don’t you dare close your eyes
Jasmine: A hundred thousand things to see
Aladdin: Hold your breath it gets better
Jasmine: I can’t go back to where I used to be

Luxuries
You move to SF and land a dream job job at a startup that’s going to truly change the world. They buy you a Macbook Air, feed you every day and let you come into work at noon. Does life get any better? Well, maybe kinda yea.

Ariel: I’ve got gadets and gizmos a plenty. I’ve got whosits and whatsits galore.  No big deal. I want more.

Your first company
Time goes on and you’re tired of working on someone else’s dream. You’re being told what to do and how to do and are not sure if the next round of funding is even coming. You could do it better. So you start your own company and become the boss.

Simba: I’m gonna be the main event, like no king was before. No one sayin’ do this.
Zazu: Now when I said that–
Nala: No one sayin’ be there
Simba: Free to do it all my way

Self-awareness
You believe the work you’re doing is good but for some reason people you don’t know are angry about it.

Ariel: I don’t see how a world that makes such wonderful things could be bad

And maybe the city actually doesn’t need you or even have space for you.

Alice: Afterall, we haven’t been invited

But, you’ve now spent enough time in San Francisco to learn it hasn’t always been a city of new money hackers.

Pocahontas: You think the only people who are people, are the people who look and think like you.

The Premonition
And some long-time locals throw bricks through bus windows and protest your pure existence in their home.

Gaston: They’ll wreak havoc on our village if we let him wander free. So it’s time to take some action boy!

This is some kind of warning. But you, a kind, thoughtful, sometimes wide-eyed twenty something never meant to hurt anyone is now a target of social politics.

Kindness
At this point rent prices, space for artists and social equilibrium is not yet met in San Francisco. The story is to be continued but you start to realize how small this place is.

Each year has gotten colder, pricier, glitzier and more crowded. Each year I ask myself, “should I bother going next year?” “am I too old for this?” “should I really have waited in line for those parties?” But, I love going to Detroit, and I’ll tell you why.

I spent seven years in Southern Indiana listening to dance music alone. I had handful of friends nearby who “got it” and lived five hours from a club that could pull in a good DJ. I was hungry for more. So hungry. I wanted to hear these tracks on a big systems; I wanted to dance to deep house; I wanted a community of people who would love dance music with me.

So five years ago, Ross, Bobby, Ryan and I hopped in my Jetta, packed some PBJs and drove to Detroit for just that. We found hundreds of other Midwesterners from Ohio, Iowa, Michigan, Indiana and Illinois looking for the very same thing. It also was the first introductions to the music family I now have in San Francisco.

Everyone at this festival is choosing to be there. The kids, the grandmas, the DJs. Unlike the European and coastal festivals, Detroit has a high barrier to entry. It’s seen as unsafe and grungy. That filters out casual listeners who go to WMC, Sonar and BPM. The vibe has changed through the years and nothing ever is what it was. But it’s magical there and reminds me that I now live in a musical candy-land.

There is so much love in Detroit. I love being able turn to the person next to me strike up a conversation or share a friendly nod during a great track. It’s just not like that in San Francisco. I don’t know if people during this festival are so nice because it’s the midwest or because they too have finally found people to dance with. I guess it doesn’t really matter. But it’s beautiful.

I’ll probably go back next year, skip the festival, get to venues earlier and focus on the smaller parties. And if I never go back, that’s ok, it was fun while it lasted. But I’ll say this for sure, I’ve loved going to Detroit because everyone there is hungry for more. December is a special month. Here’s a roundup of my favourite December mixes that look back at 2012 and take us into the new year. They’ll get you through the bitter cold, long car rides, sleepy airplanes and hopefully while wrapped up under warm blankies with warm people in a warm place. 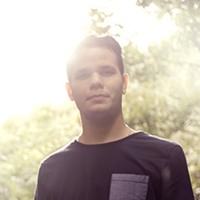 Karmon – Diynamic Radio Show (Diynamic, DIY)
Midsland; House
This mix has barely been out for a day and I’m loving it. He starts off with the beautiful and sexy Frank Wiedemann & Ry Cuming track Howling. It’s completely acoustic and has me melting every time. It then takes you through a smooth and straight dance mix. It’s housey, rich and stays warm and dabbles. This one, your family might like. 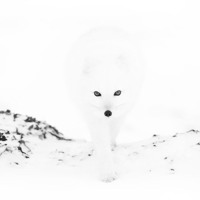 Atish – Dark & White (Listed, House Heads)
San Francisco, Melodic Deep House
I think Atish is in a good mood this month. This mix like many of his will get you wiggling, smiling and in a grooving. But he brings something new to the table. This mix is in true form a melodic deep house mix, but is made for the wintertime. It’s steady and is obviously off the heels of his last and more technical sounding mix, Orbit. This mix makes me want to hold people I love. 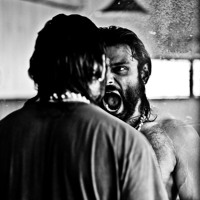 Vinayak^a – Lonesome Train Album Mix (Wind Horse)
Bangalore, Progressive
This is a progressive mix, especially the first half. Like many of Vinayak^a’s mixes, it’s eclectic in range and will absolutely remind you there is great dance music being produced outside Europe and North America. For all the house heads in the room, there’s something in here for you too. You’ll love this mix when you hit the treadmill or track for the first time on January 1st after two months of eating pies. 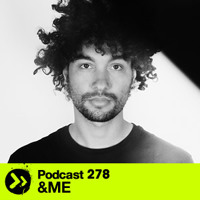 &ME – Data Transmission – Podcast 278 (Keinemusik)
Berlin, Minimal
Here’s a minimal mix with some heart. It’s stretchy, floating and still, somehow has all the the blips and beeps you love. Spending some of your vacation working on a project you’ve been putting off? Writing thank you cards for gifts? Jam to this one on headphones when you can hide away for some ‘you time’, It’ll make you feel good. Be not afraid of playing this minimal mix with family either, they might like it! 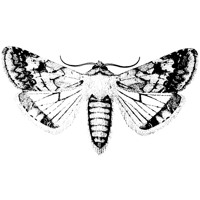 San Francisco; Techno
With the re-launch of Less is More, SF pal Alex Blackstock, brings a new mix series ABX with serious techno, it does nothing more than drive straight forward like a bullet. It’s technical, hard and steel. You’ll want this one while you’re waiting on the El train Platform with your toes frozen and soaked from walking in slush or shoveling the driveway for mom or dad. But fear not of this brushed metal, the ABX series isn’t made for grinches. Make it to the end and your heart will also grow triple in size. 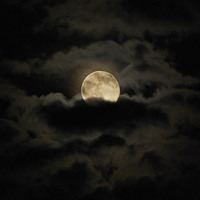 Mark Slee – DST Nightfall (Listed, House Heads)
San Francisco; Tech House
Here’s the first mix from Slee after his sensual and emotional Slinky series. Taking us down a different path, he plays out darker sounds, new textures but still the keeps the long tones and bells floating in the background that he loves so much. While this DJ is a family man, enjoy this mix with your favourite friends and one too many hot toddies.